The Great Tour of China: A Summary

Returning from my trip to China, I was greeted with a deluge of work and the fact that my family came to visit didn’t help either (although I was really glad they did!). But this week I finally found the time to finish editing this video I made, take a look!

Finally making it to Zhangjiajie!

Boarding our next sleeper train made me a little anxious since we could only book a hard sleeper (=6 people) and my paranoid, cynical mind provided me with visions of having my most important possessions stolen away while I slept. Of course, this didn’t happen and the people we ended up sharing the cabin with were exceedingly lovely and friendly despite the language barrier between us! Using the little Mandarin still retained in my memory, I was able to communicate some basic things such as where we were from, where we were going etc to the first two people we met. Luckily another girl staying in our cabin could speak a little English and was able to translate the non-basic conversations. Apparently they were impressed that we were tackling China on our own and I think travelling as (now) two girls definitely made people more sympathetic and accommodating towards us. 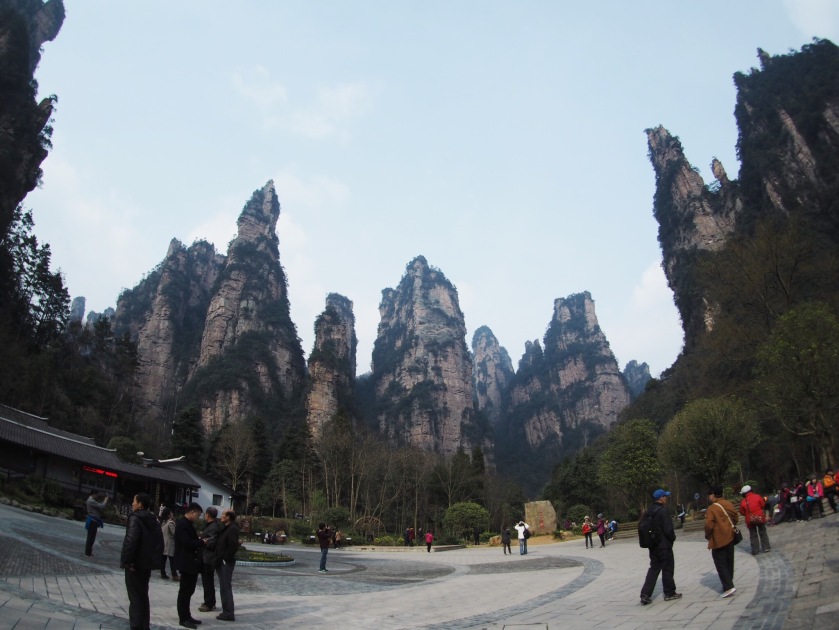 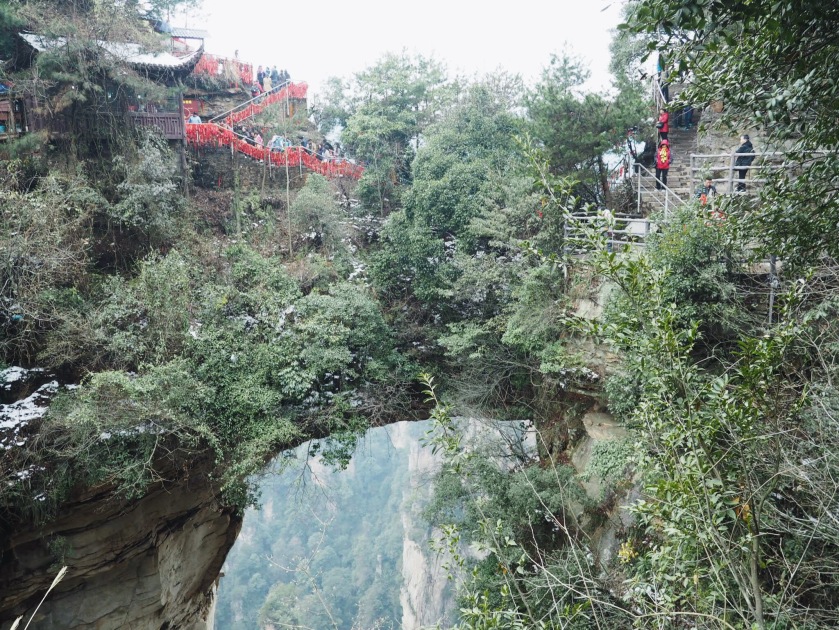 Before getting to Zhangjiajie, we had to transfer at Changsha and thought it would be nice to spend the day there, getting another sleeper train in the evening. Despite battling illness, we ventured off to Juzi Island, which helped to kill some time and at the end got to see a giant statue of Chairman Mao Zedong looking like he’d been plucked off the cover of a cheesy romance novel. Feeling that we clocked in enough sightseeing in Changsha, or at least attempted to, we headed back to the train station to camp out in a restaurant (McDonald’s, don’t judge) and recuperate. We were glad to eventually catch the train and woke up to the idyllic landscape of Hunan province, serving as a lovely prelude to the sights ahead!

Expecting a quaint little village that can easily be navigated, Zhangjiajie was not at all what I was expecting. Like the rest of China, it’s gigantic! Although less built up and developed than major cities, there are distinct signs of expansion. Wulingyuan, the area where we stayed, would definitely be a completely different town in a couple of years. More hotels, restaurants and shops are opening to cash in on the huge boom in tourism and even inside the National Park lays a McDonalds and KFC. A little disheartening but moving on! It was surreal to standing inside the park, eclipsed by its famous natural pillars and on the first day we took an elevator to the top of the mountains and hiked back down. The next day, we foolishly hiked UP (bad idea) to take the cable car down through the mountains. Never mind Avatar, Jurassic Park vibes were strongly felt; in fact I wouldn’t have been surprised if a dinosaur did pop out. Zhangjiajie is well developed to accommodate its visitors, with shuttle buses taking tourists to different check points on the map and stalls selling food and drink along hiking routes through the mountains. Unfortunately we could only stay here for 2 days, so were unable to visit Tianmen Mountain and other parts of the area, but this was the perfect way to end our trip – leaving us content but longing to return!

I began Rookie Experiences as a documentation of a year in my life living in Hong Kong, the things I would see, the places I travelled. My exchange is now over, but the desire to travel has never been stronger - keep updated as I try to conquer the world, little by little. 💪